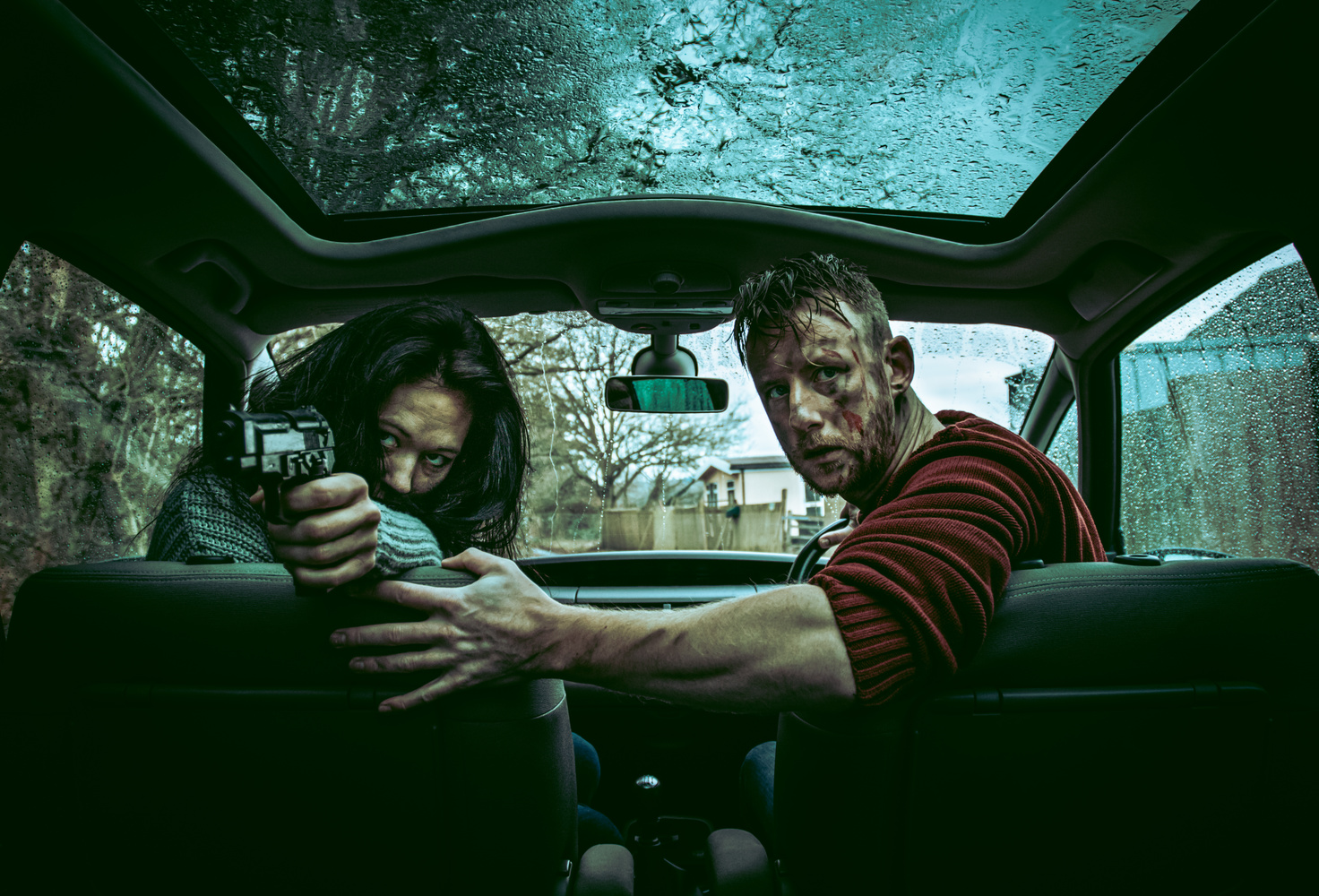 While this isn't the most work i have done to create an image its probably my favourite.
firstly the gun is a toy gun that's actually blue and orange, that needed to be painted and modified to not look like a toy gun.
This is actually myself and my wife in the image and the inspiration at the time was the walking dead. i wanted to create something that could be a screen shot from a movie or tv program. so here we are on the run with maybe a ton of zombies behind us.
there was quite a lot of mascara and fake blood used and product in the hair to get that greasy on the run look.
An image from this shoot was submitted to stock and the one use i know about was it was used on the AT & T website to promote streaming movies And using data on a mobile device.

Excellent, I love this!