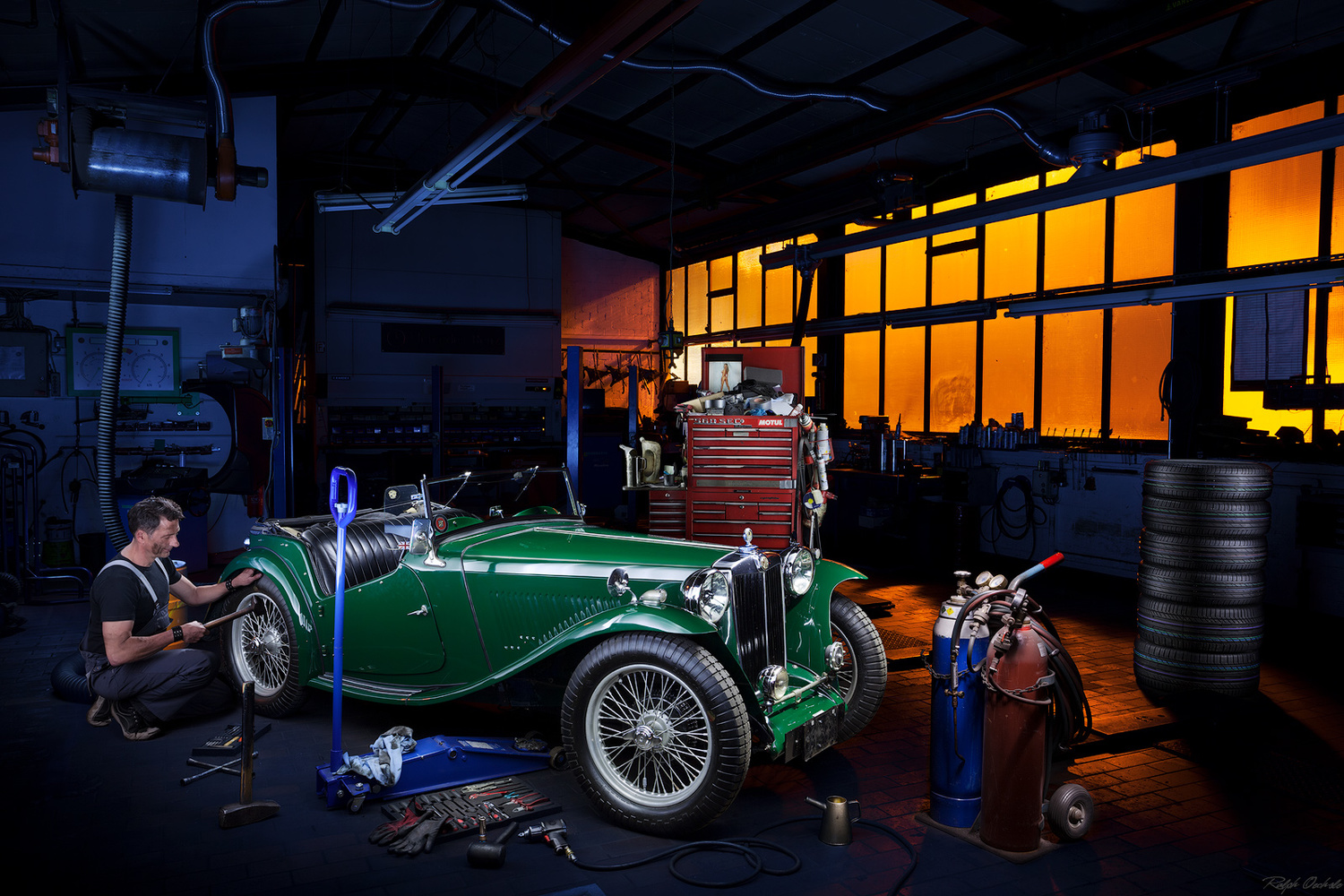 Private project. My first lightpainted car. Everything was lit with a torch in multiple exposures and the combined togehther. The "mechanican" was lit with a strobe, he is also the owner of the workshop. Nearly at the end of the session, someone in the neighbourhood called the police, they thought because of the wandering light, thieves were in the workshop. 10 police men and one dog, what a photo session ! :-)

I gave this shot a solid 3 stars but I did want to say that because all the main focal points are lit with an external light source, and the background of the shop is such a rich blue, the two seem a bit disconnected. I don't know how, but giving the light a place to come from visually might make the image not feel as disconnected. Just a though, still a nice shot.