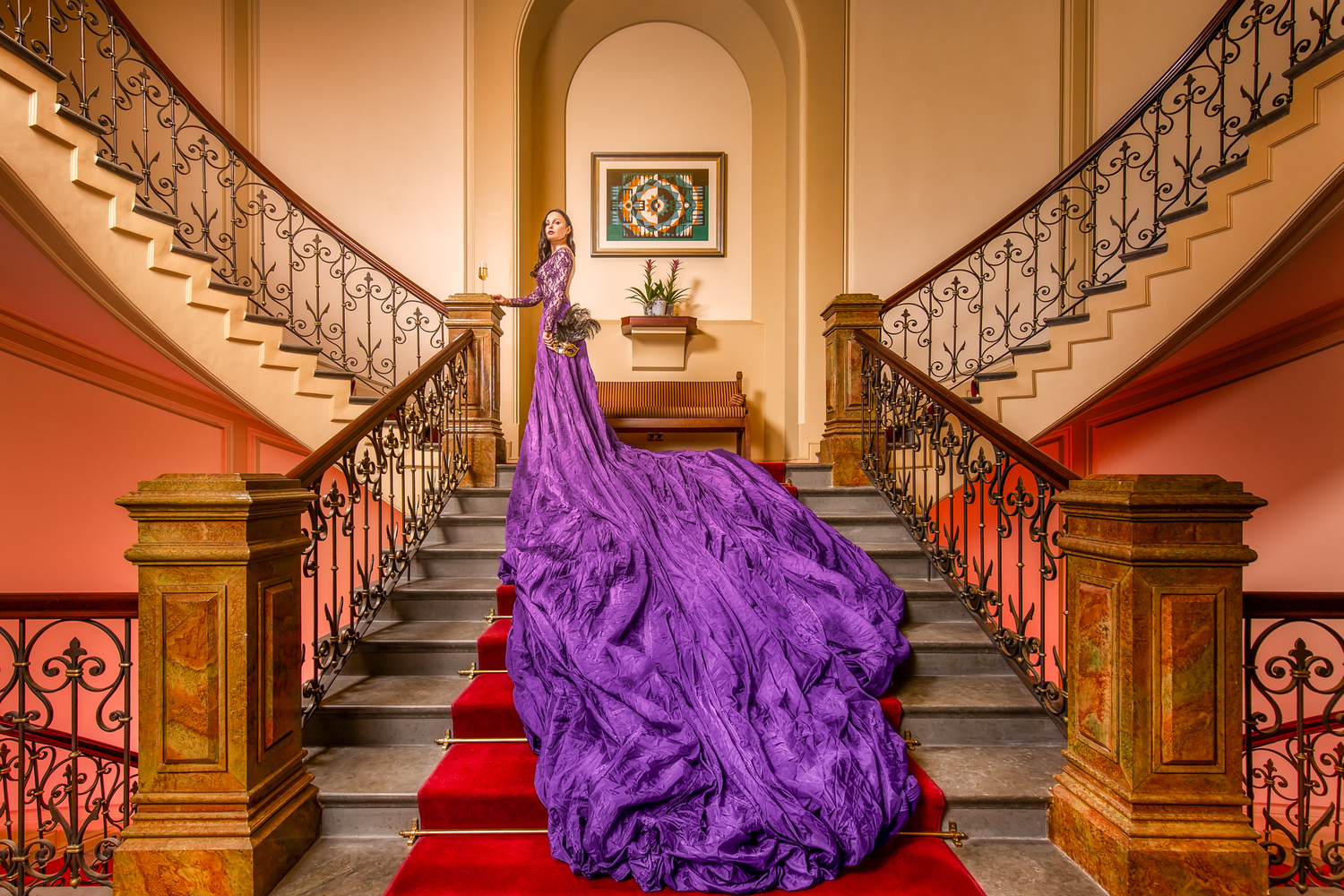 A model shot in a parachute dress in a 5-star hotels stairway.

I used 5 flashes on three different floors (haven´t done that before..) for this shot, two Godox AD200 beneath the stairs to light up the walls, they had red gel on them. Camera left on same floor as I´m standing on I had a Godox AD600 with a shoot trough umbrella bouncing from the walls to light the dress, on the next floor (above me) I had a Godox AD600 with a 90cm Octabox as the mainlight for the model, it was mounted on a c-stand. The fifth and last light was also a Godox AD200 behind the stairway pillar camera right, at the same level as the model, pointed at the models back.

Thats pretty much it.., was a fun shoot to make…!

Beautiful image. But for me, a picture that relies so much on symmetry, the camera is not quite in the middle, otherwise would have been 4 stars.