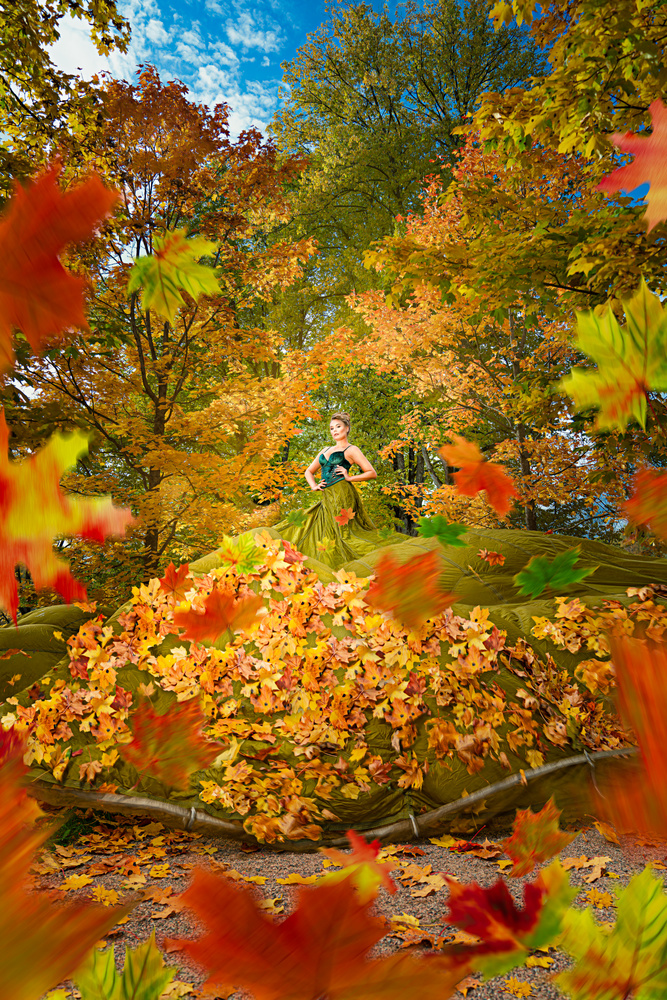 A model I had worked with before contacted me a couple of weeks ago and said she wanted to do some ”autumn leaves” pictures, and asked me if I was interested to shoot them. I said ”- sure” but I didn`t want to do just the basic ”pretty girl and colorful leaves” setup though, so I said I would do the shoot with a parachute dress.

It was a sunny day with beatiful colors in the trees, I had scouted a location I thought would work fine for this, and I could get my van close to the location since I needed to get a ladder for the model to stand on, some lights to the location and so on. The shoot it self was pretty basic, three lights, one for the model, one for the parachute dress, and one in the background to give the ackground a ”kick”.

I added some leaves to the dress in photoshop, and combined a couple of shots to get the dress ”fluffy” enough, added a belt to the dress and so on.

Definitely a lot of work in the execution and interesting result. For my taste, however, it's overdone (e.g. 3 different ways of adding leaves) and overwhelms the subject.

Yes, this was more of a test, I was happy with the result, but if I did it again i would do it differently this time.. :)