In a saturated market of incoming photographers each holiday or tax season, it is easy to get discouraged when you are trying to get paid clients in the door. When we think of photography sessions we generally tend to lean on the idea of photographing only people in portraits. Families, boudoir, fashion, and even underwater sessions. With so many other creative ways out there to get paid why not tap into another resource for marketing?

The toilet has a humble and immodest history in photography. So, to follow in the footsteps of the greats, I set out to review it's past and recreate my own in the style of Alfred Steiglitz.

In one of his latest videos, renowned YouTuber Thomas Heaton discusses the gear he utilizes for B-roll while producing videos for his large following. Heaton produces great cinematic work, but I was more taken by a profound statement during the video: the content and story you tell is far more important than the overall video quality you produce.

When Jon Mozo, an acclaimed surf photographer based on O’ahu’s North Shore, died in 2005 at the age of 33, he was doing what he loved best: photographing Backdoor Pipeline, which is considered to be one of the world’s deadliest waves. Among the four children he left behind is a daughter, Amber, who has followed in her father’s footsteps, photographing surfers, and recently visiting and photographing the very place where her father lost his life.

For the past few years, I have been getting more and more into video work. When I first started, I had an idea of what frame rate was and I knew how to use it to get the looks I wanted but by no means was I doing anything correctly until probably late last year. In this video, Matt goes over frame rates and a few reasons why you should shoot in different ones.

We generally think of technology and the Internet as a good thing for photography: digital cameras continue to make more things possible at a higher quality than ever, and the Internet makes the dissemination of one's work both easier and vastly more widespread than ever. Nonetheless, it's not all positive, and this interesting interview takes an honest look at how things have changed.

Some of you may have seen my recent article about the Irish photographer who was mistaken for a gunman while carrying a tripod on a beach to do astrophotography. Here's an update, straight from the source.

When people come together to help each other, good things happen. This idea is what spurned one of the more popular trends on Instagram called “pods.” Instagram pods are used to help beat the algorithm that so many users despise. I decided to join one and give it a try recently, not only to test it out, but also to share my thoughts regarding this trend and why you should or shouldn’t get involved in one.

I recently had the opportunity to have dinner with Alex Merriman, the Director of Photography with the UFC. I got to geek out with him about mixed martial arts, and the technical side of filming and promoting the fastest growing sport in the world.

Actions and presets are incredibly useful ways of speeding up your workflow when processing photos. Instead of individually re-creating your settings for each photo in Photoshop or Lightroom, you can essentially copy and paste all your preferred adjustments. Let’s check out the differences between the two.

It's time to put forth your best architectural photos and see if you can impress one of the most well known architectural photographers in the world, Mike Kelley. For the next episode of Critique the Community, Lee and Mike will be giving feedback to 20 submitted images below. Submit yours and join the challenge. 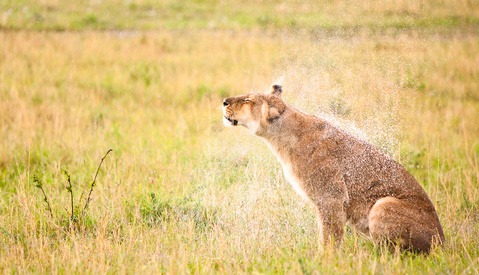 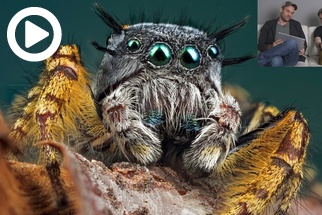 Congratulations to the Winners!

Wildlife photography can be a tricky genre to critique. It's tempting to be impressed by images of exotic animals but are the animals themselves a reason to rate a picture highly? Take a look through our selections of for the latest episode of Critique the Community and see if your ratings match up with Lee, Patrick, and the rest of the Fstoppers Community.

While shooting with an iPhone is great because you always have it with you, DSLRs still offer much better ergonomics. But what if there was a grip designed to pimp your smartphone and get more buttons and wheels?

Some of you may already know how big a fan I am of Capture One. Making the change to Capture One as the primary tool for my workflow has sent my productivity into hyperdrive, the photographic equivalent of adding NOS to my tank (or whatever it is they use to make cars fly in "The Fast and The Furious").

What makes it different this time is that it looks like he will be collaborating with other creators in a massive three-story building he took a lease out on in New York. He's not sure what the business model is going to be, but he's excited to launch the first episode on April 6.

Have you ever considered the potential of the objects that sit in front of you every day? With the high demand for photos in social media and online marketing, your images of even the most simple items have value. Here’s how to capitalize on this and produce an easy portfolio of stock images to sell.

The dark and moody cinematic look is a popular one that can help make your images pop and catch the viewer's attention. If you're a fan of that style, this fun tutorial will walk you through the entire process of creating the look from normal photos using Photoshop.

Andy Grimm, the photographer who was shot after a deputy mistook his tripod for a rifle, had been warned about his behavior near police in the past, records show.

Achieving soft, directional light outdoors can be difficult. Sure, you can use an overcast day for soft, natural light, but often, this will not give you the most flattering light on your subject's face. In this video, we use my largest light modifier to see how you can turn an overcast day into a professional looking catalog image.

In the latest version of Lightroom, Adobe has implemented a new profile browser inside the Develop module. The team over at DVLOP has already put this feature to work with some awesome new ways to edit your images.

Photo mosaic overlays are a very cool effect that can be a great way to tie a set of images together around a main photo. Traditionally, they're quite a bit of work to make, but this awesome tutorial will show you a shortcut to creating them using Lightroom and Photoshop.

Posing is an art and technique that must be honed. Many photographers may feel they're in a rut with posing or that their routine is lacking. Here are a few reasons why your posing may seem lackluster.

Color Cone boldly positions itself as a powerful but easy to use tool to augment any color grading workflow. Is Color Cone the next great addition to your post-processing ritual or just another app that you will purchase and never use again?

As laptops become more and more powerful, many photographers and videographers are turning to them as their primary work machines. Intel's first ever Core i9 laptop processor was just unveiled, and with the company positioning it toward content creators, it too should help push the envelope all the more.

Urban lifestyle photography has seen a surge in popularity in the last 10 years, particularly with the rise of Instagram. Here, COOPH give eight tips for improving your urban lifestyle shots.

If I were shooting portraits on a desert island and could only take one lens with me, it would be hard to leave my 70-200mm behind. After picking up a Canon 16-35mm for a trip to Scotland, though, I've found myself using it more and more often when I have people in front of my lens.

Camera robots are what you see in movies and think it's computer generated. These robots link up to the camera you're working on, focus your lens during the movement, and make for great videos. Marques Brownlee from MKBHD shows us the capabilities.

The word "Sigma" is derived from Summation, the process of adding things together, and this video does that beautifully. It documents the journey to the factory in Japan, and what makes this video different, is the time spent with Kazuto Yamaki-san, the son of the founder of SIGMA corporation.